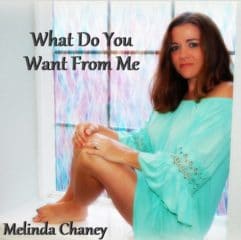 Singing His Praises Independent Christian recording artist, Melinda Chaney has been touring throughout the southeast since 2012. Churches, community and music festivals, coffee houses, non-traditional services, children’s homes, homeless shelters and benefits are some of the venues where Melinda has performed. Ministering and performing are important aspects of Melinda’s life. After joining the roster of Christian Music Booking, Melinda is preparing to expand to nation-wide booking and performing with the other artists on the roster. She has has shared the stage with (singing back up or opening for) Vince Gil, Amy Grant, Michael W. Smith and Phil Stacey. Melinda's songs are about life, worship and praise. Some of her songs are deep and spiritual while others are light and fun. Melinda’s songs show her wide range of influences, from Martina McBride to 80s rock to classic hymns. Her music can be classified as Contemporary Christian, Christian Country and Christian Rock. She released her debut EP, Glory to God, in December of 2012 and her latest EP, You Gave Me Life, in spring 2014. Melinda's next 2 projects include a single What Do You Want From Me and a collection of her favorite classic hymns, Memories of Shores are scheduled to be released in 2017. While Melinda loves performing, summer 2014 found her hosting the inaugural season of her very own concert series at Stevenson City Park Amphitheater in Stevenson, AL. The MC Music Concert Series offers a unique opportunity for performance and networking of regional bands and singers. Melinda’s family plays an integral role in her ministry. She and her husband Jeff, who is also her drummer, have 3 boys ages 10, 8 and 6. The boys, Off the Chaney, often perform with Melinda at various venues creating a true family ministry. Their gifts and talents allow them to travel, perform and worship as God leads. Melinda Chaney is currently available for booking at churches, festivals, special events, etc. Contact Jeff at (423) 505-7652 or (423) 902-1647. Follow Melinda at www.reverbnation.com/melindachaney, at www.facebook.com/melindachaneymusic, www.instagram.com/melindachaney, and on www.twitter.com/melindakchaney.

Request A Quote From Melinda Chaney