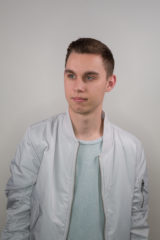 Michael Bennett is a worship artist, worship leader, & singer-songwriter from Chino Hills, California, whose mission is to make much of Jesus, by lifting up His Name and allowing others to experience the love and hope found only in Christ. Michael was led to Christ in 2013 through his high school's Christian Club. Giving his life to Christ on a high school campus helped Michael quickly realize the need for Jesus Christ in the world today. Seeing the brokenness of a society so hungry for materialism and empty promises has inspired him to shine the light of Christ in everything he does. During Michael’s senior year of high school, he felt the prompting of the Holy Spirit to pursue a calling in ministry and worship music. After accepting this call upon his life, Michael started his first year as a Worship Arts & Biblical Studies major at Hope International University in 2015, where he apprenticed under worship producers/leaders/musical directors: Tony Guerrero (Paul Baloche, Crystal Lewis), Tom Brooks (Israel Houghton, Grammy/Dove winner), Tiago Costa (Christafari) & Rick Muchow (Saddleback Church), with which he collaborated on a record by Hope Collective entitled: ”Back To Life" [2016]. As Michael was in his studies during his second semester of college, he felt that the Lord was putting on his heart to leave school and travel as a full-time worship artist and songwriter. At the time, Michael had very little idea as to what God’s reason was for this, but after a few months, he was traveling all over California and later would have the chance to travel all across the United States and even Canada for his music ministry. Since that time, Michael has been blessed to share stages with some renowned fellow worship artists including Chris Tomlin, Richard Andrew, Daniel Brown, Mitch Bohannon, and Tim Timmons, and share his music at small and large churches, home Bible studies, recovery ministries, homeless shelters, and even major concert venues such as the Verizon Wireless Amphitheater in Irvine, CA. With this, Michael has been able to share the hope of Jesus through his music with all kinds of Christian denominations and non-believers. Michael later released an EP entitled "In Your Presence" [2017] which features four powerful, original worship songs, and soon after the release of his EP, Michael was endorsed by Kyser Musical Products as an official Kyser Artist, which has allowed him to meet artists like Kari Jobe, Cody Carnes, Travis Ryan, Phil Wickham, and Evan Wickham. Michael has also been a Semi-Finalist for the international songwriting contest for Unsigned Only in 2017. Michael’s prayer and vision for this ministry is that God would continue to use the songs Michael writes to help bring unity to the global church, encourage the Body of Christ, and to share the hope of the gospel of Jesus Christ with the world.

To book Michael Bennett for your church or event, please go to www.michaelbennettmusic.com and click the contact page, or email us at [email protected]

Request A Quote From Michael Bennett