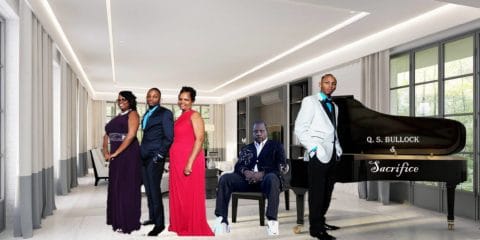 Q. S. Bullock is a urban gospel and contemporary Christian band from North Carolina. They began singing as the group Sacrifice, in 2004 and released their first full length CD in the summer of 2012 entitled A Nation of Praise. The follow up entitled "Family Affair", was released in 2014. Although their music ministry venture began in 2004, they certainly are not new to each other as the band consist of husband and wife team, Quentin and Annette Bullock, joined by 3 of their 4 children; Charlotte, Cameron and Crystal. This group has been billed as the christian music's "first family of funk" due to the dynamics of their music and vocal arrangements. Praise and worship is where they call home but have a range of ministry that expands from contemporary Christian to hip hop and all in between. Look for the new project coming this fall.